Best Old Fashioned in Fort Worth 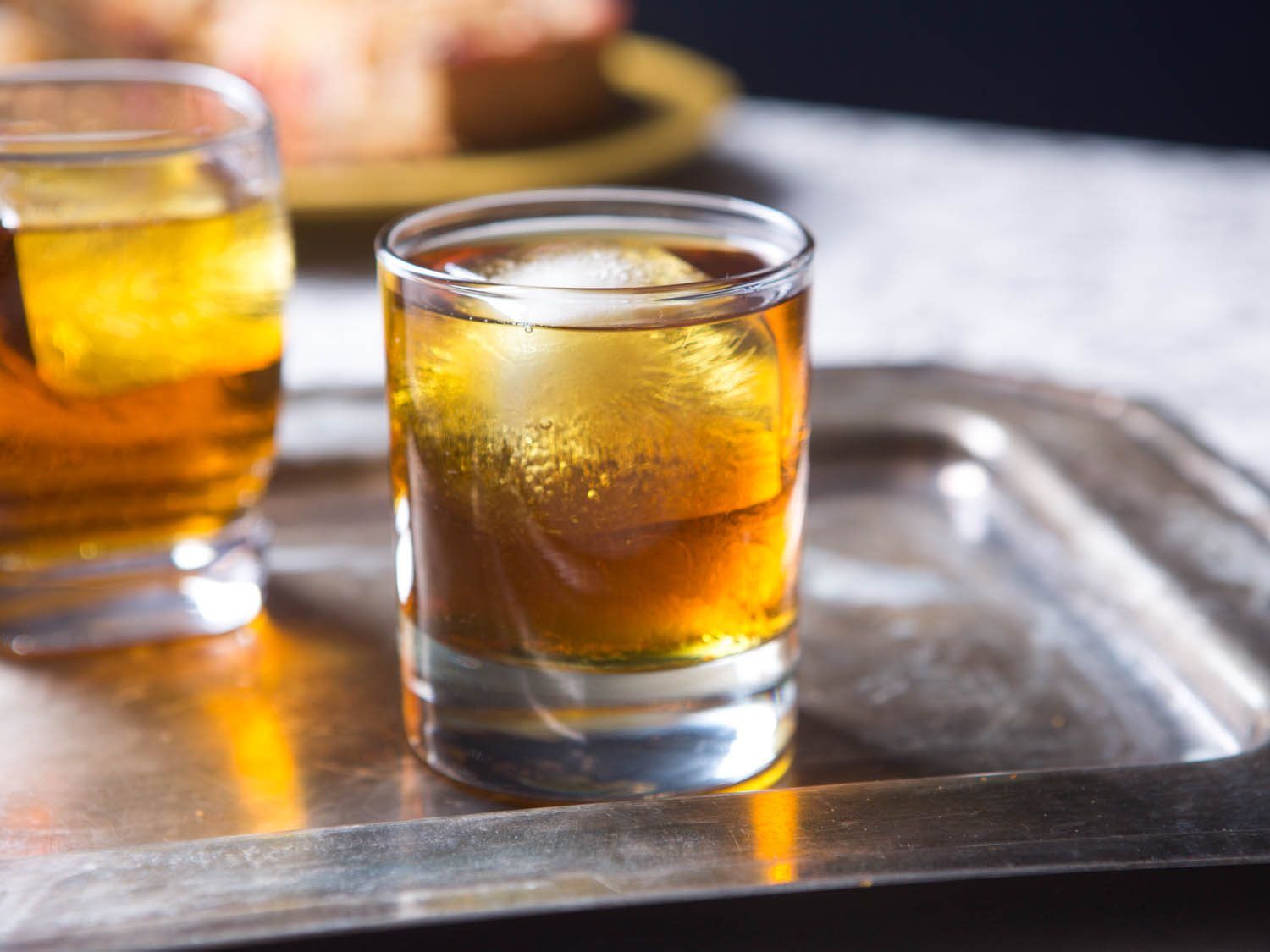 They say that one day we will all meet our true love, I met mine in my mid twenties at a bar that specialized in prohibition cocktails when someone handed me my first Old Fashioned. It was perfect, simple and strong with a lot of booze and just a few other complimentary ingredients that do their job without getting in the booze's way. After falling madly in love with the Old Fashioned I would often try to make them at home and, not unlike most of the things I try to do at home, I failed miserably. Then, a few years later while antiquing, yes I antique big deal some times you have to compromise and do something she wants to do, I came across a bartender's book from the 90's and discovered what I was doing wrong. Ever since I've used the following recipe to make my Old Fashioned at home, I start with a sphere of ice (I use a couple ice molds I got at Total Wine and More for $10), then I put in 2 to 2 and 1/2 ounces of whiskey or bourbon (Typically either TX Whiskey, Forty Creek Whiskey, Bullet Bourbon, Slow and Low, or Pendleton depending on what I have), a splash of simple syrup (Some people use an sugar cube but those people obviously have too much free time because it takes like six hours to dissolve), a dash of orange bitters, a dash of regular bitters, a splash of club soda or water and then I garnish it with an orange peel and a cherry. Most bartenders will also muddle one cherry first, but I seldom do that.

You might find that ordering an Old Fashioned when you're out and about can be hit or miss, because of it's booze to other stuff ratio it has to be done just right or it can taste like that time I tried to siphon gasoline from my old truck for the mower because I was too lazy to drive to town. However, I have found three places so far in Fort Worth where you can get a really good Old Fashioned. I put these in no particular order and let me add that there are probably others I've yet to discover. Thompson's at 900 Houston St in Fort Worth will serve you one of the finest cocktails you've ever had in your life and they have a secret speakeasy on Thursday/Friday/Saturday that you can get in by following them on Facebook for the password. Plus, you can get a $6 Old Fashioned or a Moscow Mule on Mondays or Tuesdays during Happy Hour. The Usual at 1408 W. Magnolia Ave. is also home to a top notch Old Fashioned and it's right next to Nonna Tata if you get hungry. Just down the road my new favorite the Lazy Moose at 1404 W. Magnolia can also serve you up an Old Fashioned that's sure to please. As I'm always interested in new places to consume copious amounts of alcohol, let me know if you find anywhere else in the Fort Worth area that makes a great Old Fashioned. By the way according to a fake scientific study I just made up, listening to my new Modern Day Crooner CD while drinking an Old Fashioned vastly improves the drink's taste and minimizes it's effect on your faculties.